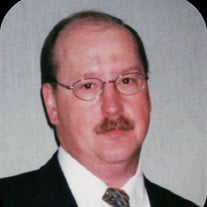 William T. Kolakowski, 60 of Old Bridge, New Jersey died on Sunday, April 10, 2016, at Raritan Bay Medical Center in Old Bridge, New Jersey. Born Friday, January 27, 1956 in Perth Amboy, New Jersey, he was the son of the late Stanley and Josephine Kolakowski. William was a systems analyst with Credit Suisse. Mr Kolakowski attended The University of Pennsylvania, and then went on to complete his degree at Pace University. In his spare time William was an avid fisherman and enjoyed both Fresh and Salt water fishing. He enjoyed watching sports and was a lifelong NY Yankees and Ny Giants fan. William is predeceased by his parents, as well as his wife Diane, who passed away in 2011 and also by his brother Raymond Kolakowski. William was the loving father of Brian Kolakowski and Elizabeth Kolakowski. He was the caring brother of Gene Kolakowski and his wife Patricia, Anna Castronovo and her husband John, and Joseph Tringali and his wife Susan. William is also survived by his loving neices and nephews. The family will receive friends from 4:00 PM to 9:00 PM on Tuesday, April 12, 2016, at Michael Hegarty & John Vincent Scalia Home For Funerals and Cremation Service, 3377 US Highway 9, Old Bridge, New Jersey. A mass of Christian Burial will take place on Wednesday at St. Ambrose Church, Old Bridge, NJ. Entombment will take place at St. Gertrude's Cemetery, Colonia, NJ. Online condolences may be made to the family at www.HegartyScaliaFuneralHome.com

The family of William T. Kolakowski created this Life Tributes page to make it easy to share your memories.

Send flowers to the Kolakowski family.