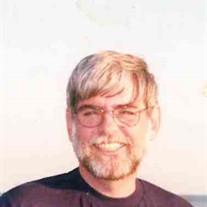 Timothy Mullins, 70 of Farmingdale, New Jersey passed away on Friday, August 13, 2021, at his home. Born Tuesday, February 13, 1951 in the Bronx, New York., he was the son of the late Thomas and Muriel Mullins. Tim was raised in the Bronx. He would graduate from Cardinal Hayes High School and eventually go on to attend the City College of New York. Tim worked in financial services technology, most recently with the Bank of New York. In 1977 Tim would relocate to Old Bridge, and that is where he would raise his children. Tim and his beloved wife Theresa would then settle in Farmingdale after retirement. Tim enjoyed reading. He also enjoyed a fine glass of wine. He could often be found in his garden at home, or completing different woodworking projects around the house. Tim loved playing board games, but it was more who he played with than the game, his family. He loved being surrounded by his children and grandchildren, and all those he loved. He will be deeply missed by all those that were blessed to have him in their lives. Tim was predeceased by his first wife, Katherine Mullins, who passed away in 1995, and by his sister Helen Jean. Tim is survived by his beloved wife Theresa, by his loving children, Meaghan Janker and husband Jeffery, Deidre Burger and husband Carl, TJ Mullins, and Danny Mullins, by his cherished grandchildren, Katherine Mullins, Margaret Janker and Jack Janker, by his caring siblings, Thomas and wife Anne, Robert and wife Lois, Patrick and wife Josephine, Sheila Mullins, Jack and wife Beann, Mary Dolan and husband John, Michael and wife Cannella, Theresa Cerio and husband Mike, Joni Mullins, Kevin and wife Kathy, William Sheehan and wife Patricia, Kathleen Stiles and husband John, Patricia Lang and husband Michael, and Robert Sheehan and wife Melissa, and by many loving nieces, nephews, grandnieces and grandnephews. The family will receive friends from 4:00 PM to 8:00 PM on Tuesday, August 17, 2021, at Michael Hegarty & John Vincent Scalia Home For Funerals and Cremation Service, 3377 US Highway 9, Old Bridge, New Jersey. A Mass of Christian Burial will take place on Wednesday at 9:30 AM, at St.Thomas the Apostle Church, Old Bridge. Interment to follow at St. Gabriel's Cemetery, Marlboro, NJ.

Timothy Mullins, 70 of Farmingdale, New Jersey passed away on Friday, August 13, 2021, at his home. Born Tuesday, February 13, 1951 in the Bronx, New York., he was the son of the late Thomas and Muriel Mullins. Tim was raised in the Bronx.... View Obituary & Service Information

The family of Timothy Mullins created this Life Tributes page to make it easy to share your memories.

Timothy Mullins, 70 of Farmingdale, New Jersey passed away on...

Send flowers to the Mullins family.