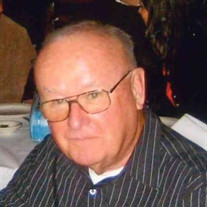 Thomas Cunningham, 84 of Old Bridge, New Jersey passed away on Wednesday, September 8, 2021, in Pocono Pines, Pennsylvania. Born July 3, 1937 in Brooklyn, New York, Thomas was the son of the late Joseph and Madeline Cunningham. Thomas was raised in Brooklyn. He attended both Brooklyn Tech and James Madison High Schools. After high school Thomas joined the United States Navy. He served the country honorably. Thomas was an Air Controlman, earning the rank of 2nd Class Petty Officer. He spent the majority of his service time in Hawaii. After earning his Honorable Discharge Thomas returned back to Brooklyn. Thomas then started a 40 year long career with Con Edison in New York City. It was there at work where he would meet the love of his life, Carol Olson. The couple would marry, and then soon after move to Old Bridge, NJ, where they started a family raising their daughter Shauna. Thomas was a member of the local Veteran's of Foreign Wars, and in his spare time enjoyed playing golf. Thomas was predeceased by his parents, Joseph and Madeline, and by his brother Joseph. Thomas is survived by his beloved wife of 45 years, Carol, by his loving daughter Shauna, by his cherished granddaughters Carleigh and Kendall, and by his caring brothers, James and John. The family will receive friends from 3:00 PM to 8:00 PM on Monday, September 13, 2021, at Michael Hegarty & John Vincent Scalia Home For Funerals and Cremation Service, 3377 US Highway 9, Old Bridge, New Jersey. A funeral mass will take place on Tuesday at 10:00, a.m., at the Most Holy Redeemer Church 133 Amboy Rd, Matawan, NJ. Online condolences may be made to the family at www.HegartyScaliaFuneralHome.com

The family of Thomas Cunningham created this Life Tributes page to make it easy to share your memories.

Thomas Cunningham, 84 of Old Bridge, New Jersey passed away on...

Send flowers to the Cunningham family.