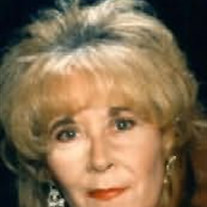 Sharon Green, 79 of Old Bridge, New Jersey passed away on Thursday, February 17, 2022, at Roosevelt Care Center in Old Bridge. Born Monday, July 6, 1942 in Brooklyn, New York, Sharon was the daughter of the late Morris and Esther (Bender) Green. After attending High School in Brooklyn, , Sharon attended and graduated from New York University with a Bachelor's Degree in 1963. After a divorce in 1976, Sharon raised her sons, Andy, Brian and Curtis, in Highland Park, New Jersey. Early in her working career Sharon held different positions, she worked for AT&T as a shareowner correspondent, then as an all-around assistant in a construction company, then sold bar steel for an import firm. After leaving her job as assistant sales manager, she would become a full time writer in 1984. In 1993, Sharon moved to Tennessee, before moving to Florida in 2006. She would settle in Old Bridge in 2020. Sharon was an accomplished author in the Science Fiction Genre. Sharon's early works were marketed as similar to the books of John Norman's Gor series, but were intended as a rebuttal to them. In interviews, Sharon has said that she set out first to lampoon Norman's Gor books, by creating three-dimensional female characters and powerful female characters in similar fantasy settings. In her off time Sharon enjoyed knitting, crocheting, Tae Kwon Do, fencing, archery, shooting, jigsaw puzzles, logic problems, math problems, and not cooking. Sharon enjoyed most being with her family, and those that loved her. Sharon is survived by her loving sons, Andrew (Valerie), Brian (Maria), and Curtis (Claudelle), by her cherished grandchildren, Joseph (Chastity), Karl (Alysson), Caitlyn, David, Charlize, and Logan, and by her cherished great grandchildren Jade and Wyatt. Funeral Services will be private.

The family of Sharon Green created this Life Tributes page to make it easy to share your memories.

Send flowers to the Green family.