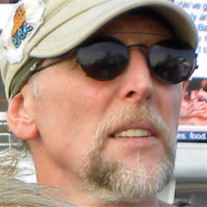 Robert T. Mootz, 68 of East Brunswick, New Jersey passed away on Friday, February 11, 2022, at Memorial Sloan-Kettering Hospital in New York, New York. Born Saturday, May 2, 1953 in Staten Island, New York, Robert was the son of the late Theodore and Faye Mootz. Robert was raised in the Dongan Hills section of Staten Island. He was a graduate of New Dorp High School and then went on to obtain his Bachelor's Degree from Bernard College. Robert worked in the communications field, retiring from KBW in New York City. Robert loved music and was a musician himself, playing the guitar all his life. Some of his favorite artists were the Beatles, Carlos Santana, Bruce Springsteen and John Lennon but he was a fan of all rock and roll. Robert played in many rock bands throughout New York and New Jersey. Robert was a loving man, who loved spending time with his family, especially his grandchildren. He will be missed by all those that loved him. Robert was predeceased by his loving son Stephen, who passed away in 2017. Robert is survived by his beloved wife of 25 years, Ann Marie, by his loving daughter Dorothy Roche and her husband Terrence, by his cherished grandchildren Emma Grace and Lyla Marie, by his brother Richard and his wife Meredith, by his sister Judyrose Vitale, by his nephews Jonathan and Teddy, niece Julianna, great nephew Levi Alexander and great niece Lenora Faye. The family will receive friends from 4:00 PM to 8:00 PM on Monday, February 14, 2022, at Michael Hegarty & John Vincent Scalia Home For Funerals and Cremation Service, 3377 US Highway 9, Old Bridge, New Jersey. A Funeral service will be at 10:30 AM on Tuesday at St Ambrose located at 83 Throckmorton Ln Old Bridge, New Jersey 08857. In lieu of flowers the family requests that donations in Robert's name are made to the Tunnel to Towers Foundation, a link is provided below. https://t2t.org/donate/

The family of Robert T. Mootz created this Life Tributes page to make it easy to share your memories.