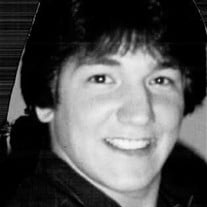 Richard Paul Moat, 57, of Orlando, FL formerly of New Jersey passed away on June 3, 2019. Born in Bergenfield, NJ, Richard was the son of the late Robert and Claire Moat. Richard was raised in Bergenfield and attended Bergenfield High School. Richard moved to Garfield, but would eventually settle in Orlando, FL, where he resided until his passing. Richard worked as a Union Printer for many years. Richard loved classic rock, some of his favorites being: Van Morrison, Pink Floyd, and The Beatles. He enjoyed riding his Harley Davidson motorcycle. He was an avid sports fan, especially rooting for his favorite teams: the NY Yankees, and NY Jets. His humor and laughter will be missed by all those who loved him. Richard was predeceased by his parents, Robert and Claire, and by his brother Philip. Richard is survived by his beloved wife, Ellen Moat; by his loving children: Angela Moat, Anthony Moat, and Jesse Moat; by his caring siblings: Robert Moat and his wife Denise, Christine Trainor and her husband Nick, Lucille Mayrer, Nancy Gomolinski and her husband Michael, Gerald Moat, and Marianne Ruddiman and her husband Will. He is also survived by several caring sisters- and brothers-in-law, Angela Tori and her husband Jay, Linda Jannace and her husband Tony, Maureen Akshar and her husband George, and James Federica and many loving nieces and nephews. A celebration of Richard’s life will take place on Sunday June 30, 2019 between the hours of 1-4PM, at the Ancient Order of Hibernians, Middlesex County Div #1, located at, 271 2nd St, South Amboy, NJ 08879. All friends and family are welcome to come and remember Richard at that time. There will be a private prayer service for his family at 4PM.

Richard Paul Moat, 57, of Orlando, FL formerly of New Jersey passed away on June 3, 2019. Born in Bergenfield, NJ, Richard was the son of the late Robert and Claire Moat. Richard was raised in Bergenfield and attended Bergenfield High School.... View Obituary & Service Information

The family of Richard P Moat created this Life Tributes page to make it easy to share your memories.

Send flowers to the Moat family.