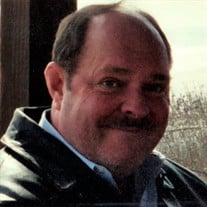 Richard J Greene, 73 of Old Bridge, New Jersey passed away on Sunday, December 8, 2019, at the Raritan Bay Medical Center, Perth Amboy, New Jersey. Born Saturday, September 28, 1946 in Brooklyn, New York, he was the son of the late Richard and Veronica Greene Richard was raised in the East Flatbush section of Brooklyn. He would go on to graduate from the Brooklyn Preparatory High School. Richard would then enroll at St. John's University, eventually earning his Master's Degree. Richard would go on to work for the City of New York, in the New York City Council, as a financial advisor. He would move to Old Bridge in 1978 and raise his family there. Richard was extremely active in the Old Bridge Community. He was a past council member in Old Bridge, served on the Board of Commissioners for the OBMUA, and was appointed to the Middlesex County Tax Board. His affiliations to local organizations were also extensive, as he was the Past Exalted Ruler of the Old Bridge Elks Lodge 2229, a member of the Knights of Columbus, and a member of the Friendly Sons of the Shillelagh Old Bridge. Richard was the sole proprietor of Greene Exterminating, a company he ran in Old Bridge for more than 25 years. In his spare time Richard enjoyed vacationing on cruises, and spending time in his vegetable garden. He will be missed by all those that knew and loved him. Richard was predeceased by his parents, Richard and Veronica Greene, and by his brother Daniel Greene. Richard is survived by his loving children, Richard Greene, Kristen Salfas and her husband Daniel, and Erin Kapinos and her husband Kristopher, by his cherished grandchildren, Ryan and Gavin Salfas, and Haley and Connor Kapinos, by his caring siblings, Verne McCluskey and her husband Richard, Patrick Greene, Kenneth Greene, and Karen Connolly and her husband Daniel, by his loving former wife Patricia Greene, and by his many loving nieces and nephews. A Funeral mass will be held at 10:30 AM on Thursday at St. Ambrose Church located at 81 Throckmorton Ln Old Bridge, New Jersey 08857. The family will receive friends from 4:00 PM to 8:00 PM on Wednesday, December 11, 2019, at Michael Hegarty & John Vincent Scalia Home For Funerals and Cremation Service, 3377 US Highway 9, Old Bridge, New Jersey. Online condolences may be made to the family at www.HegartyScaliaFuneralHome.com

The family of Richard J. Greene created this Life Tributes page to make it easy to share your memories.

Send flowers to the Greene family.