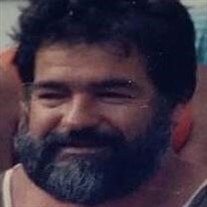 Narciso Montalvo, 75 of Old Bridge, New Jersey died on Sunday, September 3, 2017, at Raritan Bay Medical Center. Born Friday, October 31, 1941 in Utuado, Puerto Rico, Narciso was the son of the late Juan and Aurora Montalvo. After spending most of his childhood in Puerto Rico Narciso would move to Vineland, NJ at the age of 15. He would go on to live in different towns throughout New Jersey. Eventually he would settle in Old Bridge. His trade was cabinet making and he was a master craftsman. Narciso enjoyed working with his hands, he was always fixing something. Besides carpentry he enjoyed fishing, gardening, and working on cars. He will be greatly missed by all of those who known him. Narciso is survived by his beloved companion of 28 years Jeanie Concepcion, by his loving children Roger Hernandez and his wife Angela, Jerry Montalvo and his wife Rocio, and Nelson Montalvo, by his cherished grandchildren Jeremy, Jonathan, Nelson, Leisiha, and Kinna, by his adoring great grandchildren Jeremiah and Taneishka, and by his caring siblings, Elizabeth, Mina, Neva, Amelia, Delia, Carlos, Wilfredo, Olga, and Nydia. The family will receive friends from 3:00 PM to 5:00 PM on Tuesday, September 5, 2017, at Michael Hegarty & John Vincent Scalia Home For Funerals and Cremation Service, 3377 US Highway 9, Old Bridge, New Jersey. Funeral services and burial will take place at a later date in Arecibo, Puerto Rico. Online condolences may be made to the family at www.HegartyScaliaFuneralHome.com

The family of Mr. Narciso Montalvo created this Life Tributes page to make it easy to share your memories.

Send flowers to the Montalvo family.