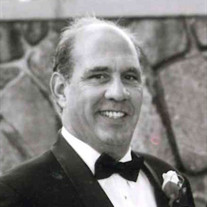 Joseph Baio, 68 of Manalapan, New Jersey died on Monday, March 28, 2022, at home, surrounded by his loving family. Born Monday, February 8, 1954 in Brooklyn, New York, Joseph was the son of Grace Baio and the late Salvatore Baio. Joseph was raised in the Fort Hamilton section of Brooklyn, and was a graduate of Bishop Ford High School. He would go onto graduate from Kingsborough College in Brooklyn. Joseph worked as an Operations Manager for Oppenheimer and Company in New York City for over 30 years. Growing up as a first generation American, shaped Joseph's tremendous work ethic. For much of his life, Joseph maintained a very busy schedule. From the age of 12 he worked before school began and maintained various athletic endeavors after. He was a lover of music, and was influenced by his employment at Madison Square Garden. Joseph saw many memorable Garden experiences, including Led Zeppelin's first concert at MSG and George Harrison's Concert for Bangladesh. Joseph was a huge Grateful Dead fan, and would recount the numerous shows he had attended in various cities. He would detail his experiences from the smaller venues at the Filmore East all the way to the gigantic crowds at Watkins Glenn. Joseph continued this passion with his family, exposing his children to a generation of music. Joseph would meet and marry the love of his life, Constance Wright, After marrying in 1980 the couple would settle in the Huguenot section of Staten Island in 1983. That is where they would raise their sons. Joseph was very active in his sons lives. They both played baseball and Joseph travelled all over the country with them going to many different tournaments. Joseph spent many nights at South Shore Little League with his sons. Joseph would tell his sons every day to "Try your best". No One tried harder than Joseph. He was a loving man, who dedicated his life to his family, and will be deeply missed by all that loved him. Joseph is survived by his beloved wife of 42 years, Constance, by his loving sons, Salvatore (Christina), and Andrew (Alexandra), by his beloved mother Grace, by his cherished grandchildren, A.J. and Olivia Grace, and by his caring brother Philip. The family will receive friends from 2:00 PM to 4:00 PM and 6:00 PM to 9:00 PM on Friday, April 1, 2022, at Michael Hegarty & John Vincent Scalia Home For Funerals and Cremation Service, 3377 US Highway 9, Old Bridge, New Jersey. A Funeral Mass will be at 10:30 AM on Saturday at St. Ambrose Church located at 81 Throckmorton Ln Old Bridge, New Jersey 08857. Online condolences may be made to the family at www.HegartyScaliaFuneralHome.com

The family of Joseph Baio created this Life Tributes page to make it easy to share your memories.

Send flowers to the Baio family.