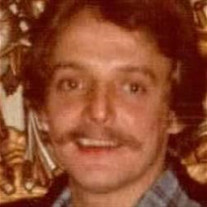 James Daniel English, retired FDNY Fireman, passed away on Monday, July 29, 2019, at Montefiore Medical Center, Bronx, NY. James was born on April 2, 1950, in New York City. He was the son of the late, James English and Patricia Besmer. James was raised in the Washington Heights section of Manhattan. James joined the Fire Department and worked at Engine Company 67, which was located in the community he grew up in, on 170th Street. James enjoyed playing softball, and played in different leagues in Manhattan and the Bronx. He was a big NY Yankees fan, and enjoyed watching their games. He will be missed by his family and friends. James is predeceased by his sister Carol Daidone. James is survived by his brother, Gary Besmer and his wife Milta, and his sister Barbara Neuberger, by his nieces and nephews, Patricia Moat, Charles Daidone and his wife Debra, Brian Besmer, James Besmer and his wife Michelle, Kimberly Mulley and her husband Brian, and Ilia Walsh and by his great nieces and nephews. A Graveside prayer service will be held at 11:00 AM on Friday, August 2, at Rosehill Cemetery located at 792 E Edgar Rd Linden, New Jersey 07036. Online condolences may be made to the family at www.HegartyScaliaFuneralHome.com

The family of James Daniel English created this Life Tributes page to make it easy to share your memories.

Send flowers to the English family.