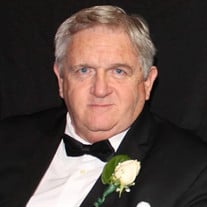 Edward Joseph Concar, Jr. of Old Bridge, New Jersey died peacefully on April 14, 2020, in Holmdel, New Jersey at the age of 73. Some of you may have known Edward by his nickname, “Duke Shannon”. A devoted family man, “Duke” is survived by his loving wife of 49 years, Julia Concar, née Mullen, cherished children, Kelly Ann Concar of Old Bridge, Lauren Concar Sheehy, her husband Brian and their children, Brian Jr., Fiona and Taig of Colts Neck, Michael J. Concar and Sonia Alava of Sayreville and their loving children, Cadence, Gavin, Owen and Evan Concar, his beloved sister, Michele Marsdale of Toms River and brother in law Vincent Hallock of Old Bridge. Duke is also survived by sister in law Carol Gasparik of Belvidere, New Jersey and her family, brother in law Thomas Mullen, his wife Joann of Syosset, New York and their family, brother in law Joseph Mullen and his family in New York. Duke is preceded in death by his parents, Edward J. Concar Sr. and Dolores M. Concar, née Pandolfo, of Old Bridge; his beloved sister, Dolores M. Hallock, of Old Bridge; his father in law, Joseph A. Mullen and mother in law, Elizabeth R. Mullen of Old Bridge, his brother in law Donald Marsdale of Old Bridge, nephew Christopher M. Hallock of Denver, Colorado and sister in law Helen Mullen of Mineola, New York. Duke was born in Jersey City, NJ and went to St. Michaels High School for a short time before transferring to Snyder High School. Duke was always a bit of a joker and when he first met Julia at a party, he introduced himself using the name “Shawn”. Two weeks later they were engaged and eventually married at St. Michael’s Church in Jersey City. In 1977, Duke and Julia moved from Jersey City to Old Bridge, along with his parents, Dolores, Vinnie and in laws for a life on a quiet block in suburbia, returning to Jersey City for hot dogs at Boulevard Drinks on Journal Square whenever he could. He worked as an insurance claims adjuster for over 35 years at New Jersey Manufacturers, George Olmezer Appraisal Services, Inc., and State Farm, allowing Duke to make many cherished, lifelong friends. He was an avid fisherman and although he never caught a fish, he didn’t let that stop him. Duke loved going on vacation with his family and the shenanigans that always came with it. He will be most remembered for being the life of the party and made friends everywhere he went. Due to COVID-19 quarantine a private service will be held with the family. A celebration of Duke’s life will be held at a future date. In lieu of flowers we encourage your donations in Edward Concar’s memory to the Visiting Nurse Association at https://vnahg.org/memorial-gifts-and-gifts-in-honor/.

The family of Mr. Edward Joseph Concar Jr. created this Life Tributes page to make it easy to share your memories.

Send flowers to the Concar family.