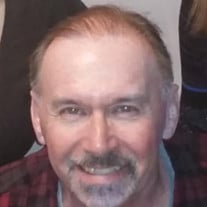 David Klein, 69 of Old Bridge, New Jersey died on Sunday, October 1, 2017, at home surrounded by his loving family. Born Sunday, November 9, 1947 in Jersey City, New Jersey, David was the son of the late Max and Diana Klein. David was raised in Union City, New Jersey. He would go on to graduate from North Bergen High School. After High School David was drafted into the United States Army and would serve his country for a year and a day in Vietnam. After serving his country honorably David began his career in Photo-finishing. He would eventually end his working career in Sales. David was married to the love of his life Virginia. He was a sports fan and especially enjoyed following the NY Mets, as well as the NY Giants and NY Jets. David also followed and enjoyed talking about Politics. He was an avid reader. Most of all David loved spending time with his family, especially being with and playing with his grandchildren. David is survived by his beloved wife Virginia, by his loving children Jessica Yacuk and her husband Michael, and Joanna Norton and her husband Michael, by his cherished grandchildren Gianna and Michael Yacuk, and Alexa Norton, by his caring sister Sandra Locorotondo and her companion Lenny Bromberg, and by his caring brother in law Richard Vitrone. A Funeral service will be at 10:30 AM on Thursday, October 5, 2017 at Michael Hegarty & John Vincent Scalia Home For Funerals and Cremation Service located at 3377 US Highway 9 Old Bridge, New Jersey 08857. Interment will be in Brig. General William C Doyle Veterans Cemetery, Wrightstown, NJ. The family will receive friends from 12:00 PM to 2:00 PM and 6:00 PM to 8:00 PM on Wednesday, October 4, 2017, at Michael Hegarty & John Vincent Scalia Home For Funerals and Cremation Service, 3377 US Highway 9, Old Bridge, New Jersey. In lieu of flowers please consider donating in David's name to the following charities: VA Hospital in East Orange, NJ www.newjersey.va.gov/giving/ St. Jude's Children's Research Hospital www.stjude.org/donate Online condolences may be made to the family at www.HegartyScaliaFuneralHome.com

The family of David Klein created this Life Tributes page to make it easy to share your memories.

Send flowers to the Klein family.