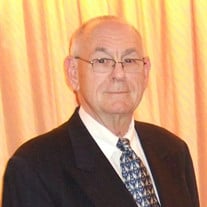 Anthony Socci, 76 of Old Bridge, New Jersey, passed away on Tuesday, July 9, 2019, at Centra State Medical Center in Freehold, New Jersey. Born Friday, January 15, 1943 on Governor's Island, New York, he was the son of Anthony and Sophie Socci. Tony, as he was known, was raised in Staten Island, and would live there until 5 years ago, when he settled in Old Bridge. He worked with NJ Transit, in Private Carrier Services. In his spare time, Tony enjoyed bowling and was active in many leagues on Staten Island. Tony also enjoyed his time on the golf course, and watching professional sports, his favorite teams being, the New York Yankees and New England Patriots. However, his biggest love was being surrounded by family. Tony was predeceased by his parents, Anthony and Sophie, and by his siblings, Jerry Martinico, and Nancy Martinico. Tony is survived by his beloved wife of 40 years, Mary Ann, by his loving son and daughter-in-law, Andrew and Sue, by his cherished grandchildren, Jason and Christopher, and by his younger siblings, Diane Revella, and Emilio Martinico. The family will receive friends for a Memorial Visitation from 11:00 AM to 2:00 PM, with a Memorial Service at 1 PM, on Wednesday, July 17, 2019, at Michael Hegarty & John Vincent Scalia Home For Funerals and Cremation Service, 3377 US Highway 9, Old Bridge, New Jersey. Online condolences may be made to the family at www.HegartyScaliaFuneralHome.com

The family of Anthony Socci created this Life Tributes page to make it easy to share your memories.

Send flowers to the Socci family.