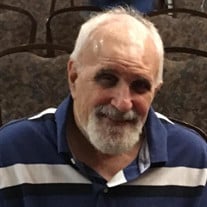 Allan S Miller, 78 of Old Bridge, New Jersey passed away on Sunday, March 6, 2022, at home, surrounded by his loving family. Born Thursday, March 25, 1943 in Brooklyn, New York, Allan was the son of the late Irving and Sally Miller. Allan was raised in the Borough Park section of Brooklyn. He would join the United States Army, and serve his country Honorably. Allan was a graduate of Pace University. He worked as an Engineering Auditor for the NY Health and Hospital Corp. Allan also worked for 10 years with Sea Land, traveling to numerous European countries. Allan met the love of his life Fran Schriro, and soon after the couple would marry. Living first in Rego Park, Queens, they would start their family there, before moving to Old Bridge more than 50 years ago. The family would grow in Old Bridge, and they raised their daughters there. Allan was a fan of New York sports, his two favorite teams were the Giants and Yankees. Allan also enjoyed watching movies. He had a love for all animals, especially dogs and was a Greyhound Rescuer. He was a loving man who will be missed by all those that love him. Allan was predeceased by his parents, Irving and Sally and by his sister Barbara Geller. Allan is survived by his beloved wife of 52 years, Fran, by his loving daughters, Stacey Tucker and her husband Michael, his younger daughter Allyson Cannon, and by his cherished grandchildren, Kayla, Rachel, and Alex. A Funeral service will be at 11:15 AM on Tuesday at the Hegarty Scalia Home for Funerals and Cremation Services located at 3377 US Highway 9 Old Bridge Old Bridge, New Jersey 08857. Interment will be in Mt. Sinai Cemetery, Morganville, NJ.

The family of Allan S. Miller created this Life Tributes page to make it easy to share your memories.

Send flowers to the Miller family.