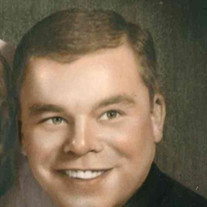 Alan Elliott, 82 of Parlin, New Jersey passed away on Thursday, June 17, 2021, at the Raritan Bay Medical Center in Old Bridge, New Jersey. Born Tuesday, August 9, 1938, Alan was one of three sons born to the late William and Frances Elliott. Alan was born and raised in Brooklyn, NY. After graduating from High School, he would proudly serve his country, first in the Marine Corps and then in the US Army 82nd Airborne and the 24th Infantry Division. Alan would be stationed in Germany. After earning an honorable discharge he would return to Brooklyn, to marry the love of his life, Margaret Leikauf. The couple lived in Queens, and that is where they would start their family. In 1974 they would move to Staten Island, and would remain there until 1988, settling in Parlin, NJ. Alan worked as an Operations Manager for Chase Bank in New York City. He was an outdoorsman, who enjoyed fishing and hunting. Alan was a longtime member of the Central Jersey Rifle and Pistol Club in Jackson, and also a member of the Philo Lodge 243 of the Free and Accepted Masons, as well as the Scottish Rite of Freemasonry. Always wanting to serve his community, Alan was a Lieutenant with the NYPD Auxiliary, and also a volunteer with the Sayreville Domestic Violence Response Team. Alan was a loving husband, father, and friend, and will be missed by all those that loved him. Alan was predeceased by his parents William and Frances, by his siblings, David and Donald, and by his cherished grandson, Ethan. Alan is survived by his beloved wife of 57 years, Margaret, and by his loving sons, William, David, and Daniel. The family will receive friends from 3:00 PM to 7:00 PM on Wednesday, June 23, 2021, at Michael Hegarty & John Vincent Scalia Home For Funerals and Cremation Service, 3377 US Highway 9, Old Bridge, New Jersey. The family requests that donations in Alan's memory are made to the St. Jude's Children's Hospital. Online condolences may be made to the family at www.HegartyScaliaFuneralHome.com

The family of Alan Elliott created this Life Tributes page to make it easy to share your memories.

Alan Elliott, 82 of Parlin, New Jersey passed away on Thursday,...

Send flowers to the Elliott family.